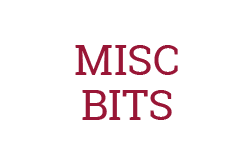 The Weymouth also known as the curb bit is normally used in conjunction with a bradoon, they are normally used for showing and dressage, worn with a double bridle, as two pairs of cheek pieces are needed and 2 pairs of reins.

Weymouths and bradoons should only be introduced when your horse is already going in a consistent contact. The Weymouth should fit snugly and the bradoon should be worn to longer than the curb bit in order for them both to lie comfortably in the mouth.

There are mainly two types of Weymouths a fixed cheek like the above and a sliding cheek, also shown in the Weymouth section on the website.

This is a fixed cheek curb bit; this may be useful for horses that are unsure of the bit, as it doesnt move around too much in the mouth. The first rein is connected to the bradoon and the second rein is connected to the lower ring situated on the cheek also known as the shank. When the first rein is in play only, the bradoon is mainly the bit in play. When the second rein in used the curb bit comes into action, the curb bit uses poll pressure due to the hanging cheek, the distance between the cheek ring and the mouthpiece determines the amount of poll pressure, the greater the difference the greater the poll pressure. Pressure is exerted to the corners on the mouth due to the leverage of the shanks, the longer the shanks the more pressure is used. It has a curb chain, which is brought into play when the curb bit rein is applied and generally should be adjusted to tighten in the groove of the chin when the shanks of the bit are drawn back to 45 degrees.

This thinner type of Weymouth is not as mild as the Dressage Weymouth as the mouthpiece is thinner therefore the pressure is distributed over a smaller area. This thinner type though may be useful though if your horse has large fleshy lips and/or tongue, which some of the larger breeds have as they have less room in the mouth for a thicker bit, especially as the double bridle requires two bits.